whose contagious laugh and indomitable spirit echo in our hearts 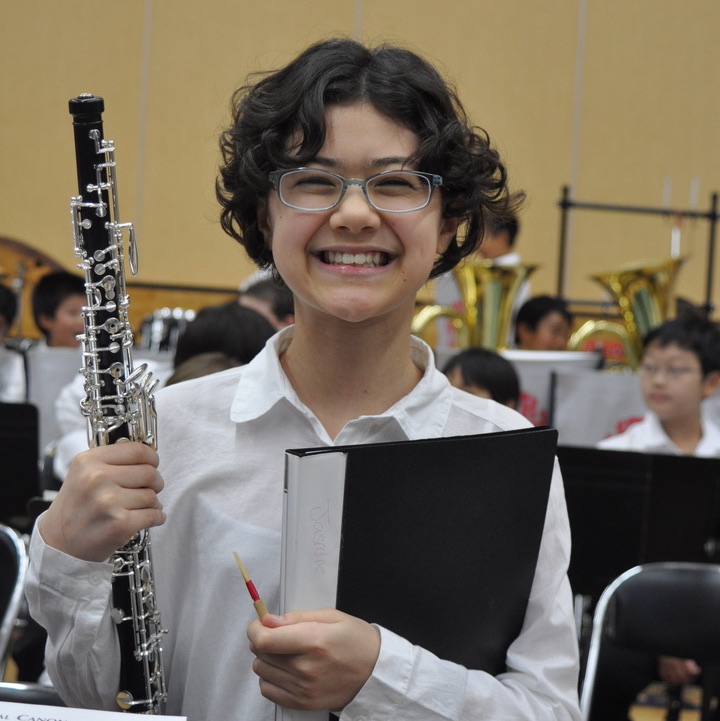 Lover of Cats, Minecraft and Art

Jasmine enjoyed showing off her Scratch coding skills to her classmates. Her favorite creation was the Cat vs Mouse game. Basketball Bonanza is a lot of fun too. Give them a shot and share your high score!

Jasmine created many presentations with Prezi. She began with a timeline of her life documenting her major milestones through April 2014. In May, she made a presentation about Steve Jobs. After spending the first half of her 5th grade receiving treatment at Queen Mary Hospital, she returned to school and designed another presentation about why some languages become extinct.

To pass the time between during chemotherapy treatments in Queen Mary Hospital’s Children’s Cancer Center, Jasmine enjoyed reading mystery novels. Inspired to create her own, she wrote three stories about best friends Cally and Bean (and a pet hamster named Nams). After drawing the illustrations, she worked with her mother and father to publish the stories. Cally and Bean: Middle School Mysteries is available in English and Traditional Chinese. The book is dedicated “For everyone in K8N” which is the pediatric cancer ward on the North side of the 8th floor of Block K.

Jasmine is a St. Baldricks honored kid. Since 2015, over $130,000 has been raised for pediatric cancer research by teams shaving their heads bald in Jasmine’s honor. All funds raised by the events hosted at the Hong Kong International School are donated to the Children’s Cancer Foundation.

The Hong Kong International School “Dragon Tales” publication honored Jasmine’s time with the school by dedicating two pages for her in the winter 2017 issue. The article includes many pictures of Jasmine enjoying time with her friends and at school events.

MSK Kids Child Life Services program brought Jasmine joy during her final year in New York. Upon her death, an outpouring of support made Jasmine’s Giving Page the top funded campaign in 2017. Over $100,000 has been raised to support the MSK Kids Child Life Services program. A plaque in Jasmine’s memory has been placed in the main hall of Memorial Sloan Kettering Cancer Center.

Jasmine’s fight caught the attention of four athletes competing in the D10 to raise money for pediatric cancer research. After winning first place, they visited Jasmine at home and shared the good news and trophy. The team renamed themselves “J’s Bulls”, and even though Jasmine passed away before the next year’s event, they won first place again. An interview with the team documents why they trained so hard. Sadly, the team captain, Everett Cole Watson, passed away as well, leaving the team wondering if they should compete again. The team renamed themselves “E-J’s Bulls” in memory of Everett and Jasmine, dug deep, and won the competition with the three remaining athletes.

Hong Kong’s Children’s Cancer Foundation provides caring services for young children with cancer as well as their families. A few examples include the donation of books, toys, computers in the pediatric wards of government hospital. In addition, they have donated cots for family members to sleep on when staying at the hospital. With the support of donations raised at Hong Kong St. Baldricks events, the CCF funds pediatric cancer research with the ultimate goal of eradicating the disease. In appreciation for everything the CCF has achieved and in support of all Hong Kong pediatric cancer patients, the Psaris family has donated a self-driving, two-wheeled videoconferencing robot enabling patients to visit other children and rooms of the hospital – even when confined to their beds. The “Jasmine” robot became a surprise hit when Covid-19 prevented all in-person visits.

Jasmine started taking Taekwondo lesson’s at Mok’s Taekwondo School under Kukkiwon Black Belt 9th Dan Grand Master Charles Mok in January 2010. Prior to being diagnosed with cancer in 2014, Jasmine passed the 3rd Kup examination and obtained a red stripe on her blue belt. After months of chemotherapy and the removal of her right fibula she regained enough strength in her leg to begin practice again. By August 2015 she earned her red belt and a year later – one month before leaving Hong Kong for the last time – Jasmine passed the 1st Kup exam and proudly earned her black stripe on September 24, 2016.

Jasmine was a cat fanatic. Between YouTube cat videos, cat screensavers and wallpaper as well as a cat calendar, Jasmine could not get enough cat exposure. Unfortunately, Hong Kong doctors indicated that her home should be pet and plant free during chemotherapy treatments. Bacteria associated with plants and pets could bypass her compromised immune system and infect her body.

But once her surgery and chemotherapy treatments were complete, Jasmine’s first trip was to the Hong Kong SPCA to adopt a cat. She ‘interviewed’ a few cats and settled on a domestic short-haired female named Van. Even though Van had one fang and a few molars removed by the doctors and had a healing wound on her shoulder, her demeanor was amiable. Jasmine took Van home and rechristened her Trixie.

We will never know if Trixie was named after Knuffle Bunny’s owner or because of all the tricks she played on us the first few days. Regardless of the source, Trixie loved her new name and reciprocated the gift by providing Jasmine with unconditional love and endless joy.

In November 2016, Trixie struggled through a 16-hour dark plane trip from Hong Kong to be with Jasmine in New York. For the next year, Trixie was a shining light in Jasmine’s struggle against cancer. Trixie continues to be a lasting gift from Jasmine to her family.